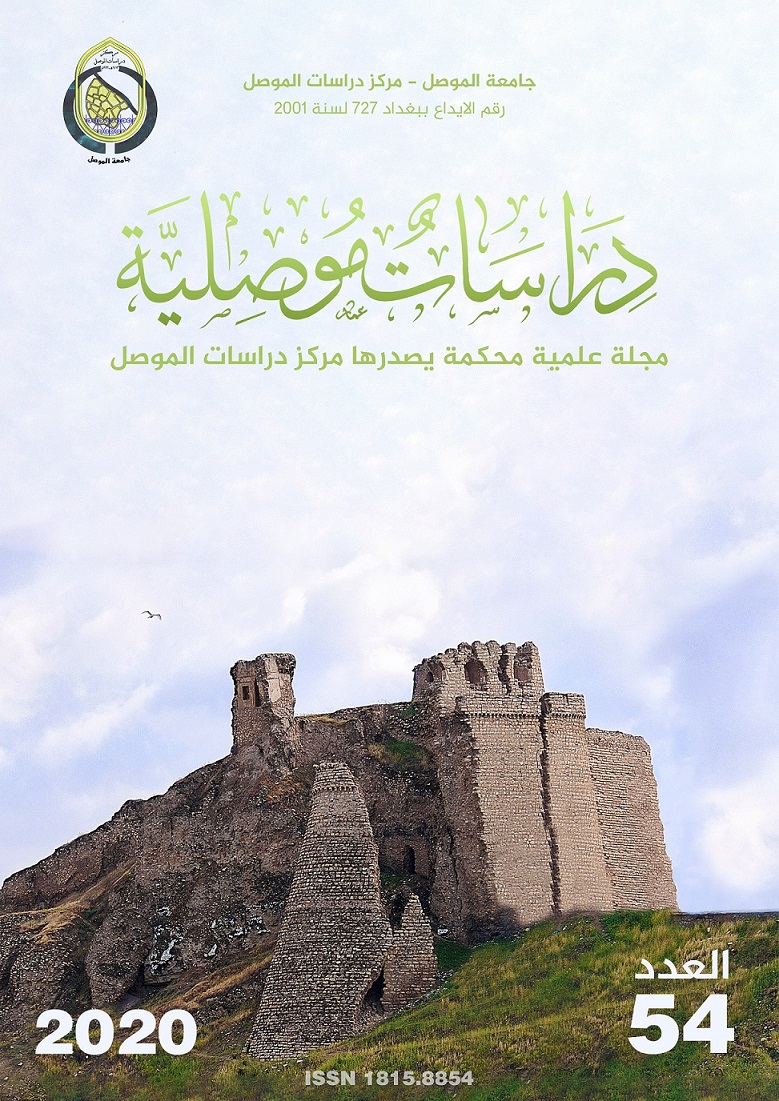 The research dealt with the criticism and analysis of the some fallacies and falsification of facts and miscon-ception of the community of Mosuli by the orientalist .M.A.Hume. Graiffth and written in her book Mosul in the beginning of twentieth century in the some style of the English orientalists in telling ateribble information of the Iraqi society and Mosulin particular during their visit to the city or their stay for mission any purpose and others.

Dr. Imad al - Din Khalil is one of the flags of Mosul, who provided this city with several books and productions and several specializations in the fields of Islamic and modern history.
Hence the researcher's choice of this scientific and sober author to shed light through which the author - since the advanced stages of the sixties of the twentieth century - highlight the role played by the colonial countries, led by Britain and the United States of America to prepare for its colonization of Africa through missionary missions taken from Africa as a hotbed for its activities and to achieve These countries have adopted means and methods (material and media).

Israeli passing through in Africa through the book’s of Dr. Imaduldeen Khaleel “The Cruel Siege is our Tragedy in Africa”

Israeli passing through in Africa through the book’s of Dr. Imaduldeen Khaleel “The Cruel Siege is our Tragedy in Africa” . Dr. Imaduldeen Khaleel is know for his varied participations of  knowledge beside his specialty in Islamic history. He was skillful in literature, poetry and theatre and Islamic mission. Then, he began the writing in the mod history as wrote on Ottmans, the European occupation and on the dangers of missionary but the castrophy of Palestine is clear in his writings in the modern history but his book mentioned above gives a complete vision of Khaleel about the dangers which he has always emphasizing which comes Zionism which hd extended to cover Africa.

Child Labor and its Impact on School Dropout

The research dealt with the phenomenon of child labor as one of the prevailing phenomenon in Mosul society and its effect on school dropout. The study examined the causes and factors that underlie child labor, whether economic social or cultural.
At the academic and educational level of children, it may lead to absence from school or leaving school forever. Our study sheds light on the negatives that result from child labor, including the dropout of children in Mosul community, especially after the events in the city of Mosul from the control of ISIS to liberation operations and the resulting deterioration of the economic situation im Mosul community, which led many families to involve their children in the labor market instead of putting them on school.