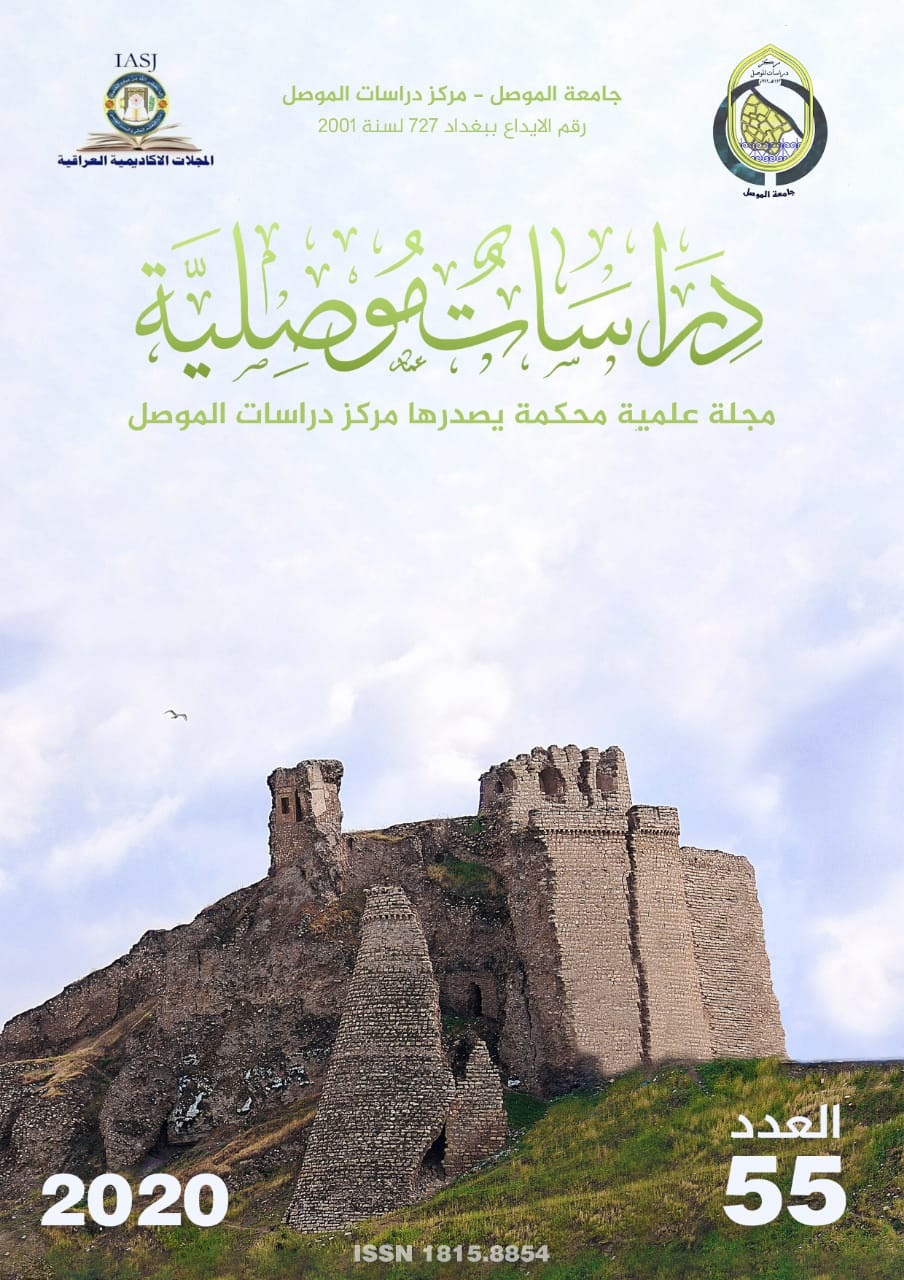 Mosul Studies Centre firstly established under the name :(Mosul documents centre) and in 1992 its work has changed into preserving and archiving documents which related to the history of Mosul city. Four years later, in particularly in1996, the centre won works has changed to become an academic research centre specialized in conducting academic research concerning the history of the city of Mosul, and holding scientific conferences and symposiums in addition to issuing sober journals and publishing a lot of scientific books and bulletins related to the history of the city of Mosul from intellectual and historical point of view and related to the civilization and the Arts of the city.
Since the very beginning till now four directors alternately took up the office of directorship that contributed to boosting the scientific and research work and revealing unknown aspects from the history of Mosul plus accentuating its pioneering and civilizational roles since the ancient historical periods to the Islamic, modern, and contemporary periods by fetching numbers of scientific and cultural books, journals, publications and attracting people with an intellectual, historical and literary influence by giving them the opportunity to disclose their talents of creativity through their participation in the research works which related to Mosul.
The conductors also interested in opening a Mosuli library which contents publications which related to what has been written about Mosul, and the establishment of a folklore museum, which includes some Mosuli crafts and industries plus video documentation of some prominent Mosuli personalities and awarding elites of the creative people from the city of Mosul with Creativity Awards.

The Cultural Aspect of The Prophet Biography; an Intellectual Reading of Emad addin khalil

Sinjar is one of the important and strategic areas, because it is located on the routes of commercial transport, so inhabited by human since ancient times and they arrived from different parts of the world. After settling in, they began to increase and formed tribes, which then branched into many different clans, embraced different sects and religions, including Muslims, including Christians, most Yazidis and other religions and other beliefs.
The Yazidis have their own customs and traditions, many of which are taken from Islam, from the birth of man to his death, as are all societies and other sects.
the research was divided into an introduction, four sections and conclusions. The first section included, Sinjar: geographic location and importance. In the second section , we talked about the Yezidi religion and the emergence of the Yezidi clans in Mount Sinjar and its branches, in which we talked about the emergence of the first Yezidi clans as well as we discussed about their different and multiple branches. Finally, we presented in the third section customs and traditions of the Yezidi tribes

The Omraniyah village in through some Buldan's and Historical text

This research is an attempt to shed light on Omraniyah village with regards to its name's derivation , its mention is some historical texts and demarcation of its geographical position by Buldanists. The research also follows up the demographic development of the village's residents , and it alludes to its antiquities to-day.

Mosul occupied a prestigious status in Islamic history, by dint of its geographical location and it was not far from the repere ussious of the decline of the influence of the Abbasid Caliphate and its weakness in Baghdad, which resulted in the emergence of independent emirates and countries such as the Hamdanid state (293-381AH / 905-991AD)which states about ninety years and Mosul witnessed during that period a scientific and literary renaissance through due to the support of its rulers and the interest of scientists, which led to interaction of the scientific life with the ruling authority in the city of Mosul

In this research titled "Unpublished and Published Writings of Ibn Jinni from Mosul (Died:392 A.H): A bibliographic Study", I threw light on Ibn Jinni's own life and his heritage which has come down to us. I also gave a brief account of his own life and followed up his unrevised writings and lost writings which have not reached us except names or some extracts from them. Moreover, I verified his revised or published writings by drawing up on old sources in which have written information on Ibn Jinni own life and the historical reference books which have made mention of Ibn Jinni's writings.
It's an important to mention that his published and unpublished writings are up to (72) and divided into three categories.

The Alawis Syndicate in Mosul and it's Role in Public life.((from the 6th to the 8th century AH and from the 12 th to the 14th centuryAC

The Alawite nugaba in Mosul is represented by its nagibs had an important and outstanding role in the public  life in Mosul in variety of fields related to political, religious, social and cultural aspects, due to the importance and outstanding status they had in their country and society at that time. Some of them were governors, ministers and ambassadors. They had a role in the religious aspect; some of them were hadith tellers. Some of them participated in building and rehabilitatind  som religious facilities and buildings. On the social level, they had a role in helping the needy. The same thing applies on the cultural level, due to the fact that most Alawites nagibs in Mosul were men of letters, poets and some of them were distinguished calligraphers.